As one of the main construction companies in Hong Kong, Chun Wo recognizes the continuous shortage of labour is having a negative impact on the industry. Highly dangerous work such as window cleaning and façade painting, are in desperate need of automated solutions to alleviate the problem of labour shortage.

Chun Wo and The Chinese University of Hong Kong jointly developed a cable-driven robot system to autonomously perform window cleaning and façade painting for high-rise buildings.

The robotic system aims to free workers from working in a mid air. It can operate in two modes: autonomous and semi-autonomous. Autonomous mode takes in façade’s locational data of BIM from which the movement of the robot and its platform can be programmed to perform window cleaning or painting automatically. This is useful for the cleaning and painting routines on the façade. Next phase of the development is to program the robotic arm to perform temporary works such as inspecting crack, water leakage and void behind tiles that are often problems facing by many aged buildings in Hong Kong. With the use of system, workers will no longer be exposed to high-risk environment, such as hanging in mid air. They can now orchestrate a job indoors. Robots help us reduce the risk of worker related accidents and thus insurance cost. 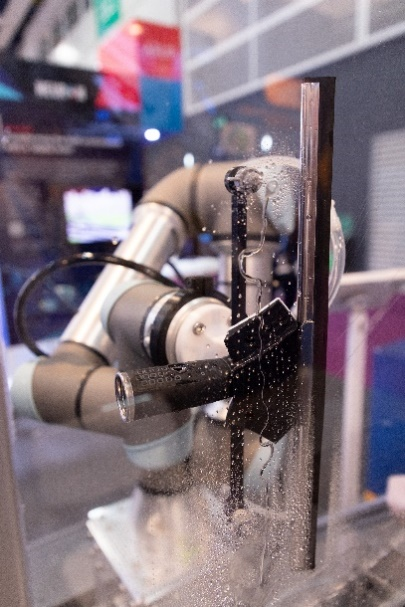 Chun Wo introduced the "Silt Cleaning Robot" in the "Rehabilitation of Trunk Sewers in Tuen Mun" project to save frontline staff from entering sewers to clean out silt accumulated over 40 years. Using the robot to replace manual labour can prevent exposure of workers to hazards, such as toxic gases or sudden rise of water level in sewers.

Our project team named the robot "Xia Yu" after “Dayu”, a legendary man in ancient China in Xia Dynasty, best known in history for his success in controlling floods. "Xia Yu" is operated by remote control through a camera enabling frontline employees to monitor in real-time the situation inside the sewer on the ground and control the robot. "Xia Yu" not only can ensure the safety of frontline employees, but also improve work efficiency and shorten construction time.